With both of Their Majesties gracious permission, The Rose Tournament will now be fought in honor of a women’s right to choose.

The Supreme Court’s decision this morning to overturn Roe vs. Wade has deeply affected us all and with that decision, one of the things we can do is show our support with donations to a charity.

I’m more than willing to take donations on site, but I’d rather you just donate your money directly.
Here’s a great one to consider: Planned Parenthood

Volunteer to help run the tournament!

Long Live the Queens! The Companions of the Rose and Valorous Estate are invited to a regal tournament of skill and daring. Each companion will choose two champions, one heavy combatant and one rapier combatant. These teams will then face off against each other in a glorious combat to determine who is truly the fairest in all the land. Come and fight for the honor of your kingdom and the grace of our society.

What: Rose Tournament
When: Friday, July 1st at 2:00pm
Where: War Field in front of the An Tir Pavilion(Location of the Royal Tea)

Can you survive! When our forefathers battled every blow counted and a missing limb could haunt you for life. Are you as strong as our ancestors, do you have what it takes to do battle when everything is on the line? Come and test your mettle in a single elimination keep your wounds tournament. If you lose a hand in round one, expect to fight with only a single hand through the rest of the tournament. Only the most careful and skilled fighters will survive, are you one of them?

Greetings Unto the Knowne World,

All heavy combatants are invited to participate in the seventh annual fundraising tournament at West / An Tir War to benefit the Providence Cancer Center.
For a $10 entry donation you will have the opportunity to fight for the honor of your consort, win a fantastic prize, and support cancer research. Consorts, I invite you to inspire your fighter by standing at their side. Prizes will be awarded for over all winner, most chivalric fighter, most inspiring consort, and highest single donation. The first fifty entrants will also receive a unique token. (Any remaining tokens will be sold for $5 each.)

We are also seeking list runners, marshals, and heralds. Please let me know if you are available to support the tournament in this way.

Witness acts of chivalry and inspiration!

Kick cancer to the curb!

What: Cancer Fundraising Tournament
When: Saturday, July 2 at 3:00pm
Where: Town Square
Why: Because cancer sucks!

What: Inaugural An Tir Kingdom Cut and Thrust Tournament
When: Sunday, July 3rd at 9:00am
Where: Town Square

A master has failed more times than a beginner has even tried. We are tied to our history by learning the ways of the historical fighters and trying to emulate their methods. Come join us for the Period Master’s Tournament and show what you have learned. This tournament is open to both rapier and cut and thrust fighters. You will need to explain to the judges what style you are fighting in, explain three principles of the style, and then demonstrate those principles in a series of fights. You should be prepared to discuss what the principle is, how to execute it, and how it can assist you in winning a fight. The winner will be the person who proved their mastery by showing how their principles can be effectively used in combat.

What: Period Master’s Tournament
When Sunday, July 3rd at 3:00pm
Where: War Field

An-Tir/West War is soon upon us, and as our heavy armored fighters prep their kits for battle, let it be known, that on Sunday of war, at 3:30pm, Upon the Town Square, all squires (include perspective squires, and those sponsored ) are welcomed to take part in a tournament to display you prowess, chivalry, and other qualities, to the order of chivalry, and indeed the populous.

This will be a standard style students tournament, starting off with two open field, challenge rounds, leading to a sweet 16, single elimination battle to the final victor.

I encourage all those who can participate, to do so.
This is an excellent opportunity to get one on one, fighting with many opponents you might not get to fight at your regular practice.
There is usually several knights, who will armor up and stand on the field, who are willing to accept the challenge of any worthy gentle.
Any fighter who is not a squire, or student, who wishes to participate, is encouraged to join us as well.
There are generally many knights who are willing sponsor a brave, adventurous soul.
You can direct any questions to myself @ psychochycken@gmail.com
I look forward to seeing you all.
Yis
Viscount Durin Oldenmoor Tjorkil’s-kin KSCA

What: Squires Tournament
When: Sunday, July 3rd at 3:30pm
Where: Town Square

Good gentles all, we would like to welcome all rapier combatants to participate in the An Tir West War RAINN Fundraising Tournament Monday July 4th, A.S. LVII (being 2022 Gregorian) at 9:00AM on the ATWW Town Square. This will be a round robin prize tournament, finals: best 3/5, with donations to RAINN. RAINN is the nation’s largest anti-sexual violence organization and operates the National Sexual Assault Hotline (800.656.HOPE, online.rainn.org y rainn.org/es) in partnership with more than 1,000 local providers.

Donations for this event can be made HERE

We’re excited to raise awareness for this important cause and hope to see all able participants on the list field!
Lady Ynés de la Cruz
madmesa97@gmail.com

What: SA Awareness Donation Tournament
When: Monday, July 4th at 9:00am
Where: Town Square

It’s not over until it’s over! War may be wrapping up but we just can’t stop fighting. To put a nightcap to A&W war we will be having a bear pit tournament. There will be a field for rapier and a field for cut and thrust. Come fight as slow or as fast as you want. We will have a 15 minute round, a 5 minute break, and then another 15 minute round. You know you want just a little bit more fighting, so go ahead, give in to the temptation.

What: Bear Pit Tournament
When: Monday, July 4th at 3:00pm
Where: Town Square 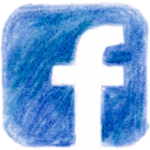 Volunteer at the war

Are you interested in Service? Want to try something new but don’t know where to start? Want to go to War but need a place to belong? Come be part the An Tir West War Volunteer Community! Opportunities are endless! Give back to our game and don’t just Dream, become a part of the Dream! Volunteer today by contacting Baroness Cemper. 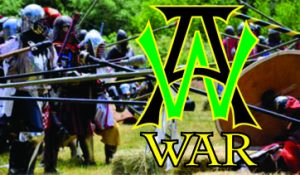 Although the SCA complies with all applicable laws to try to ensure the health and safety of our event participants, we cannot eliminate the risk of exposure to infectious diseases during in-person events. By participating in the in-person events of the SCA, you acknowledge and accept the potential risks. You agree to take any additional steps to protect your own health and safety and those under your control as you believe to be necessary.